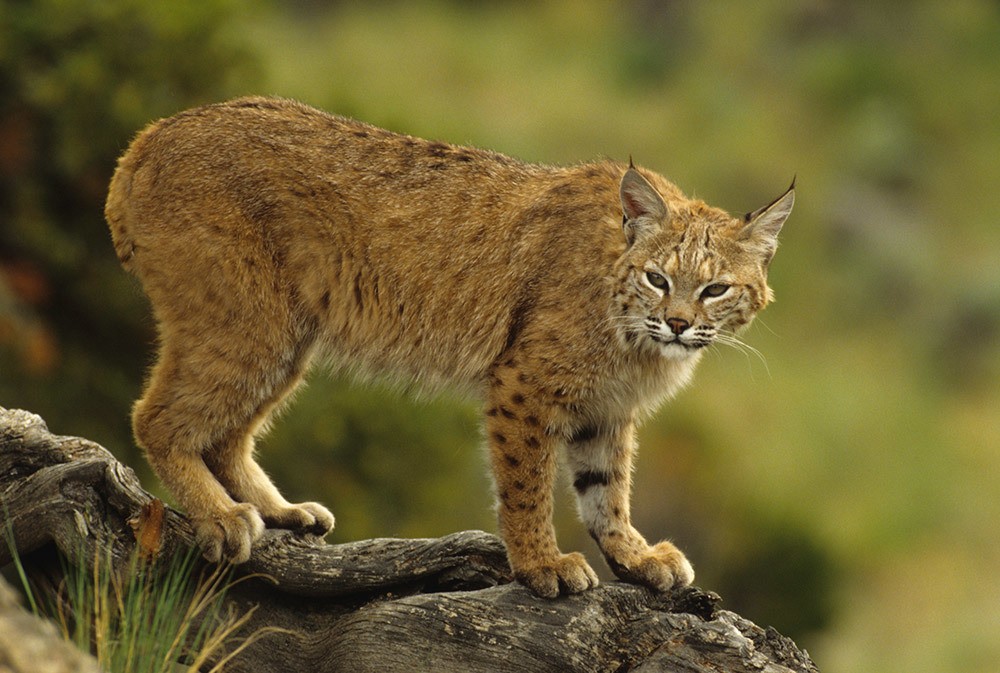 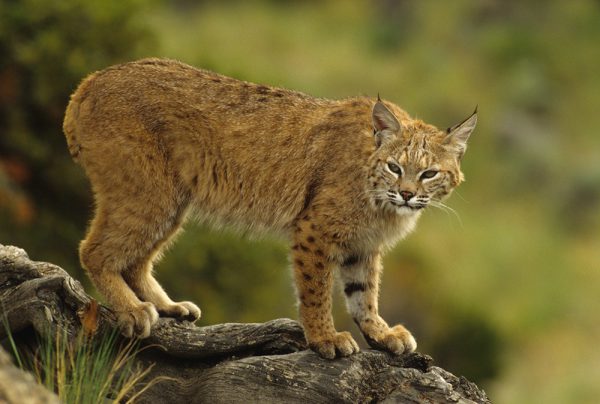 A bobcat’s hind legs are longer than its front legs, giving the animal a “bobbing” gait.

Bobcats are the most abundant wildcat in the United States.

Bobcats are named after their short, thick tails.

A bobcat’s hind legs are longer than its front legs, giving the animal a “bobbing” gait.

Bobcats are the most abundant wildcat in the United States.

Bobcats are named after their short, thick tails.

The lone wolf of the lynx family

If you see a bobcat in the wild, consider yourself lucky. They are one of the more elusive finds among relatively common North American animals.

More than 1 million bobcats live in the United States, Canada and Mexico, but they are rarely spotted because they roam – and hunt – almost exclusively at night, and are notoriously skittish and avoid humans. They also are extremely solitary and territorial animals, so seeing more than one at once is almost unheard-of.

And what you’ll see looks an awful lot like a common house cat, only about twice as large. Their coats are mostly shades of brown and spotted, allowing them to blend into their natural woodland habitat.

They don’t just live in the woods, however. Unique to the family that also includes cougars and Canadian lynx, bobcats are adaptable hunters who also can flourish in a wide variety of habitats such as marshes, deserts and mountains.

While bobcats are excellent hunters, they generally are not a threat to humans. They prefer rabbits, rodents and birds, using excellent night vision and stealthy moves to sneak up on and surprise potential prey. They capture with a pounce that can span up to 10 feet.

A few other facts about the bobcat: