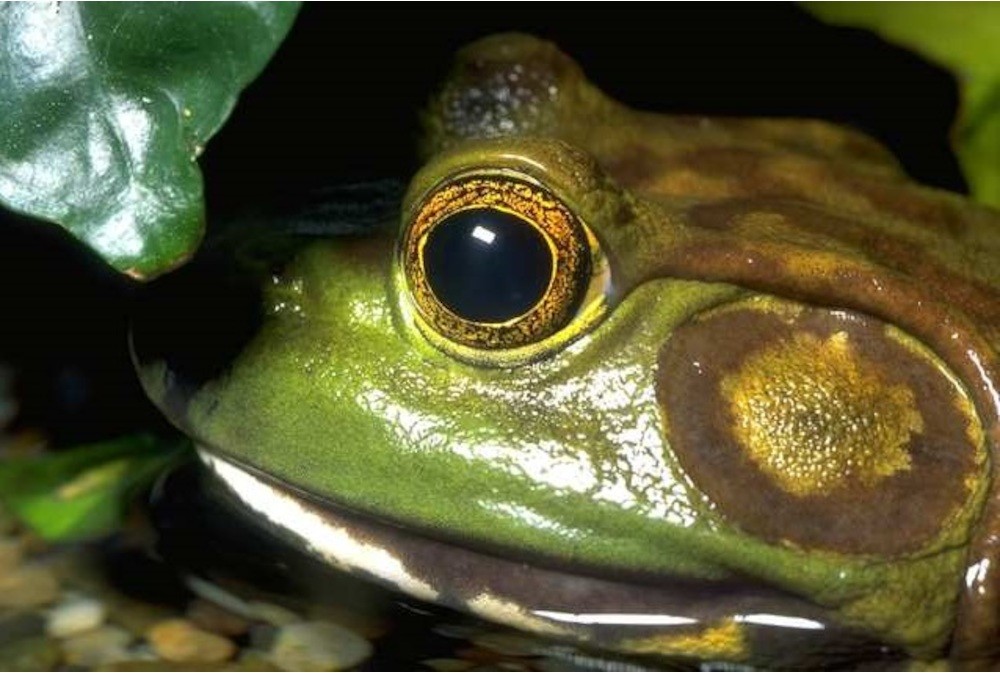 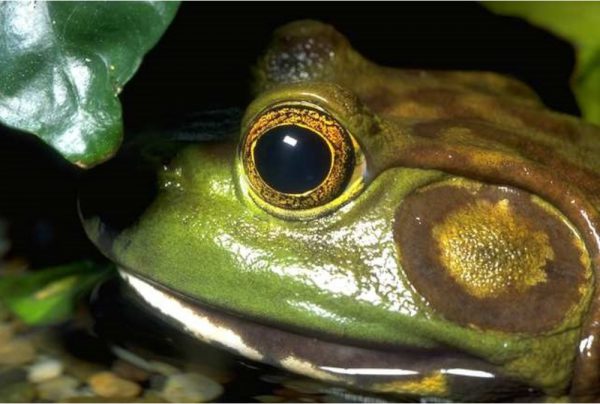 Location:North America. They have been introduced in other continents too

North American bullfrogs are capable of leaping 3 to 6 feet.

Female bullfrogs lay up to 20,000 eggs in huge sheets, attached to plants under the water.

The call of a Bullfrog can be heard up to a quarter of a mile away.

North American bullfrogs are capable of leaping 3 to 6 feet.

Female bullfrogs lay up to 20,000 eggs in huge sheets, attached to plants under the water.

The call of a Bullfrog can be heard up to a quarter of a mile away.

Bullfrogs are natives of North America, but they are now found worldwide. They prefer warmer climates to cooler ones. Bullfrogs are amphibians that live on both land and water and can be found on the banks of lakes, ponds, rivers and streams. Bullfrogs vary in color, from dark olive to pale green above and from white to cream underneath. They often have dark gray mottling on their back legs. Bullfrogs have large eardrums behind the eye and very loud voices with a call like a bull’s…which is why they are called Bullfrogs! They are good swimmers, kicking out with their strong hind legs that are webbed. Bullfrogs hibernate in the winter while usually burying themselves in mud. They can close their nostrils and continue to absorb oxygen through their skin while under water.

Bullfrogs are medium sized frogs…they are generally less than 6 inches long, or about the size of an average adult human’s hand.  They are solitary animals and prefer to hide and rest during the day and actively hunt by night. Bullfrogs hunt a variety of insects and their larvae, eggs, spiders and even small fish and snakes. In fact, the bullfrog has a voracious appetite and will eat almost anything that moves and that it can swallow! North American bullfrogs have teeth in the roof of their mouth and a muscular tongue capable of flipping prey into their mouth.

Life is difficult for the Bullfrog, even in its own habitat. It has to fight to survive at every stage of its existence.