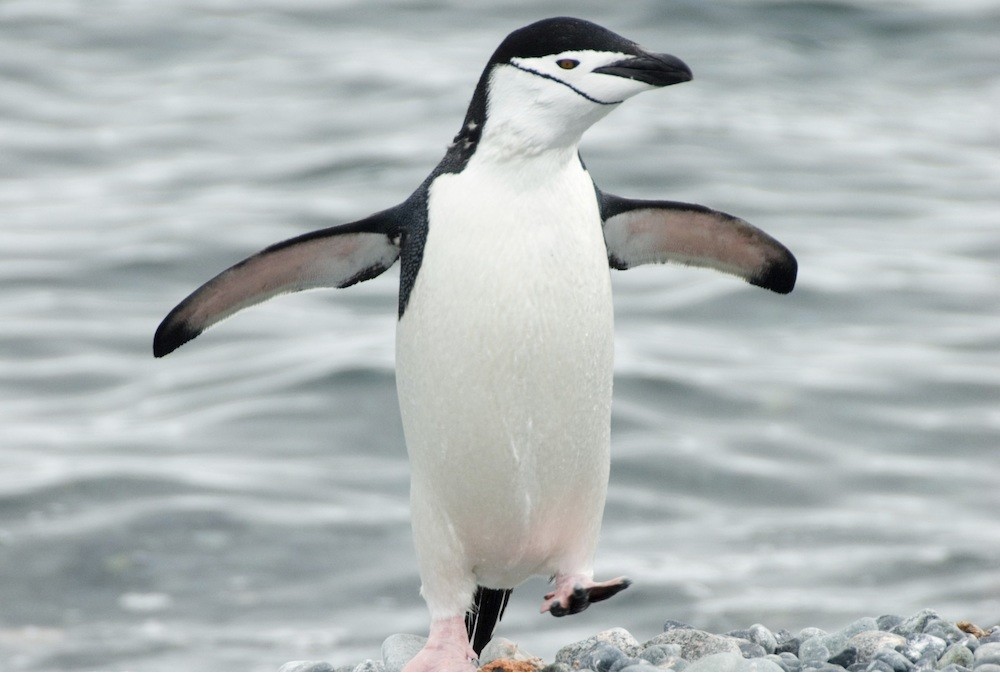 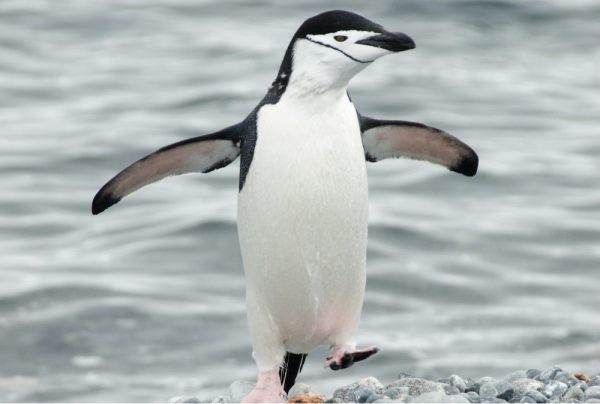 They build their nest from stones.

Chinstrap penguins do a ’toboggan’ when they land back on the ground. This means they use their feet and flippers to push their bodies along their stomach on land.

Most dives of chinstrap penguins last between 20-30 seconds.

They build their nest from stones.

Chinstrap penguins do a ’toboggan’ when they land back on the ground. This means they use their feet and flippers to push their bodies along their stomach on land.

Most dives of chinstrap penguins last between 20-30 seconds.

Chinstrap penguins live on large icebergs in the open ocean and on the frigid barren islands of the sub-Antarctic and Antarctic regions. They leave their breeding colonies during winter, probably migrating north of the pack-ice and stay at sea until the next spring. They are the most plentiful penguins in the world and are known to congregate together in their millions on small Antarctic islands.  Chinstrap penguins get their name from the thin curved line of black feathers running under the chin. These penguins are blue-black on the back and white on the front. They have dense feathers that helps protect them from severe cold and even make them waterproof. The bill of these birds is black in color and they have red eyes.

Chinstrap penguins stand about 28 inches tall – or about as tall as a year old kid – and weigh about 9 to 14 lbs. The weights of the adults vary during the year. They are the heaviest during the molting season and the lightest during the brooding period. Chinstrap penguins are carnivorous birds and catch numerous species of fish, crabs, shrimp, squid and krill with their strong beaks. Parents hunt for food in the ocean to take back to their chicks on the land. They are excellent swimmers and divers and can dive to depths of 230 feet. These penguins can swim at the speed of 20mph.

Due to the fact that there are few large animals inhabiting the frozen South Pole, the chinstrap penguin has few natural enemies. They are not endangered or at risk, but all species of penguin are legally protected from hunting and egg collecting.