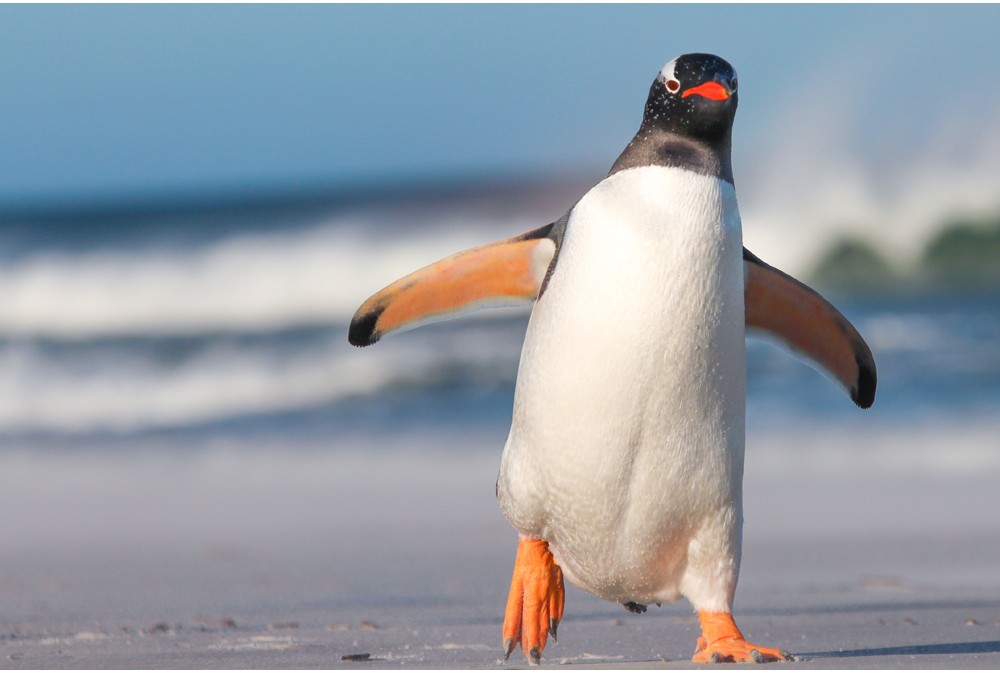 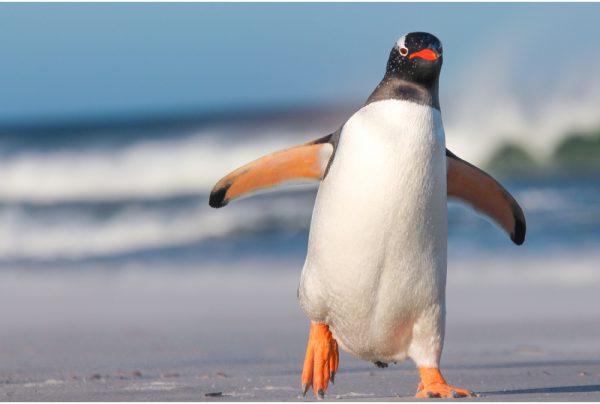 No one is exactly sure where the word “Gentoo” originates from!

They are the fastest of the penguin species – swimming up to 20 mph!

Gentoo penguins make as many as 450 dives a day for food!

No one is exactly sure where the word “Gentoo” originates from!

They are the fastest of the penguin species – swimming up to 20 mph!

Gentoo penguins make as many as 450 dives a day for food!

This striking bird is sure to stand out from the crowd! Along with the classic black & white tuxedo coloring common among penguins, the Gentoo penguin features bright orange-red beaks and a white patch around both eyes that connects on the top of their head. The average adult weighs around 12 lbs which is the same as a 3-month-old baby! They stand about 30 inches tall, which is just slightly smaller than a yardstick. The average lifespan of the Gentoo penguin is between 15 to 20 years.

Gentoo penguins are very social animals that tend to stay with their colonies even after mating season. These penguin parents are very nurturing. They build nests together and take turns incubating their eggs. Gentoo penguins prefer to return to the same mating & nesting areas as well as the same partners each year! However, if the nesting site isn’t clean enough they will move to another spot as they prefer cleanliness.

While these penguins may look awkward on land when they waddle, they are incredibly graceful underwater! Their streamlined bodies are ideal for diving and swimming – they are the fastest of all penguin species sometimes reaching up to 20 miles per hour! The Gentoo penguin feeds on fish, squid and krill and hunts by making deep dives into the coastal waters. They sometimes make as many as 450 dives a day for food!