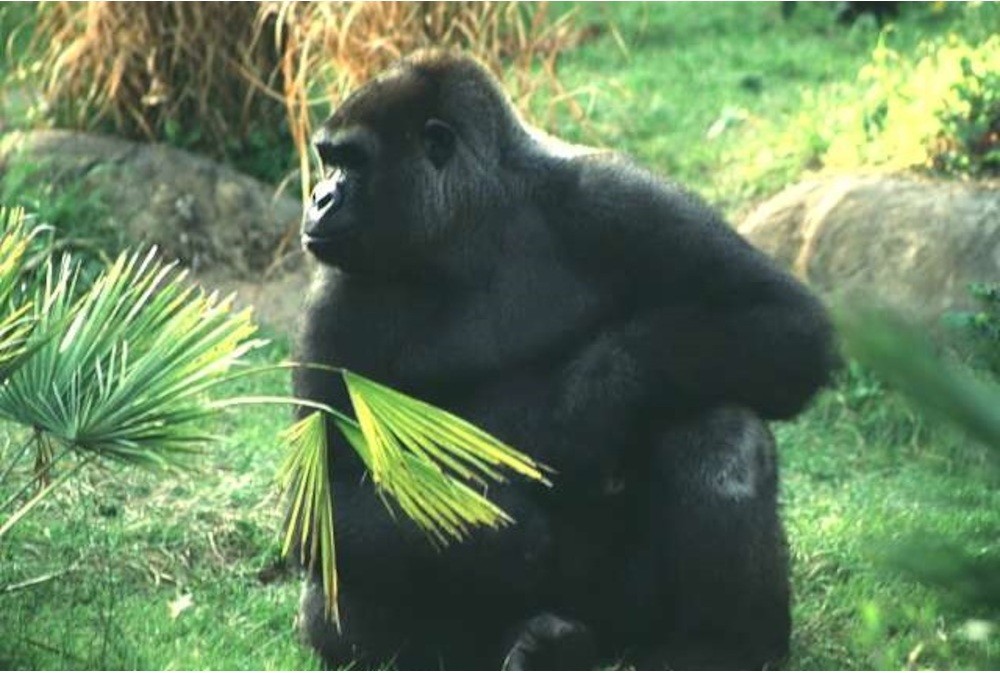 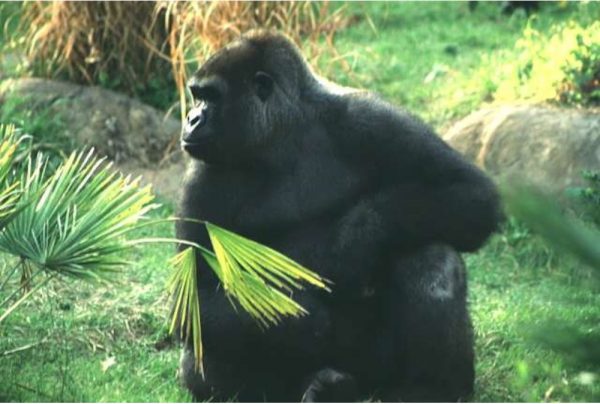 A gorilla’s arms are longer than its legs.

Adult male gorillas are called silverbacks because they have a saddle-shaped patch of silver hair on their backs.

Gorillas live in small groups of 6-7 individuals, including one silverback or adult male, a few females, and their young.

Every evening, gorillas construct a ’nest’ for the night made out of leaves and other plant material.

A gorilla’s arms are longer than its legs.

Adult male gorillas are called silverbacks because they have a saddle-shaped patch of silver hair on their backs.

Gorillas live in small groups of 6-7 individuals, including one silverback or adult male, a few females, and their young.

Every evening, gorillas construct a ’nest’ for the night made out of leaves and other plant material.

Gorillas are peaceful quiet apes that live in tropical rain forests, wet lowland forests and swamps. They have a very large head with a bulging forehead, a crest on top, tiny ears, small, dark-brown eyes, and no tail. Their senses very similar to ours and their hands are very much like ours too. Gorillas have five fingers and five toes in each limb and can grasp things with both their hands and feet. They knuckle-walk using both their legs and their arms, which are very long. They are generally quiet animals and communicate with each other using many complicated sounds and gestures. Gorillas are extremely intelligent and can learn complex tasks. In the wild, they use tools and some of them that are in captivity have been even taught sign language.

Gorillas are almost as tall as an average height of an adult human – around 5 feet 6 inches, but they weigh more than two times an average adult’s weight. They eat leaves, fruit, seeds, tree bark, plant bulbs, tender plant shoots, and flowers and sometimes termites and ants. They rarely drink water and an adult male eats approximately 50 pounds of food a day.

All gorilla species are currently endangered due to war, habitat loss, disease, and poaching. You can help to save gorillas from extinction by donating to one of the many international organizations that have been formed to protect them and their habitat.

Habitat loss, disease and poaching. Subsequently all gorilla species are classified as endangered by the International Union for Conservation of Nature (IUCN).