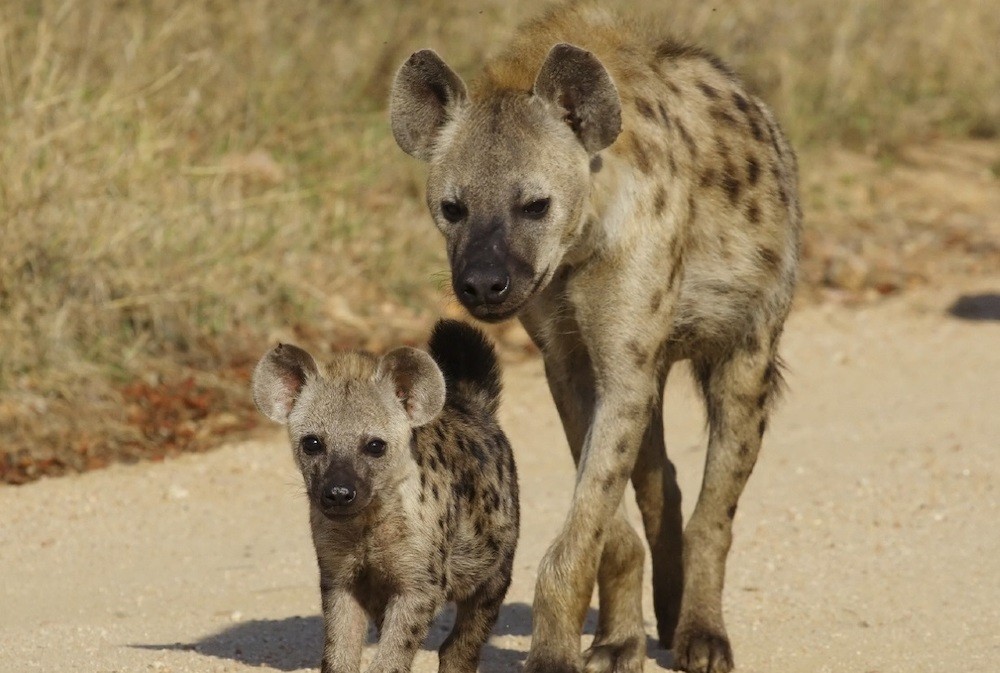 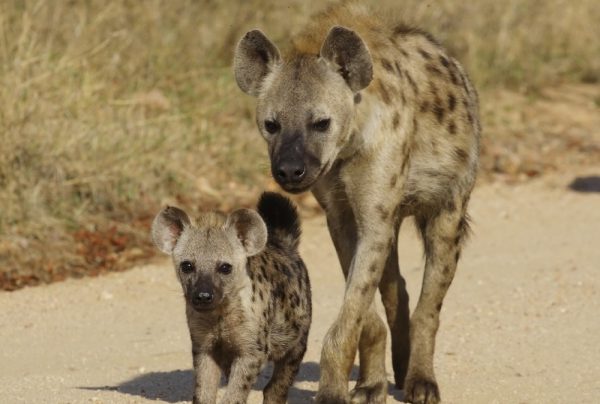 Location: Africa as well as parts of Asia and Europe

Spotted hyena cubs are born with their eyes open.

Hyenas can go for several days without water.

A spotted hyena can eat up to one third of its body weight at one meal.

In ancient Egypt hyenas were domesticated and raised for food.

Spotted hyena cubs are born with their eyes open.

Hyenas can go for several days without water.

A spotted hyena can eat up to one third of its body weight at one meal.

In ancient Egypt hyenas were domesticated and raised for food.

The hyena is found in open savanna plains and grasslands. One species, the striped hyena is found in the jungles of Asia too. Hyenas look remarkably similar to dogs, but in fact are more closely related to cats. Their fur is sandy to gray-brown in color with dark spots. The front legs are relatively long in comparison to the hind legs, giving this animal a lopsided look. Hyenas live in packs, with the den of the hyena pack generally being in the center of their territory. They are social animals that communicate with one another through specific calls, postures and signals.  The hyena is best known for its cackling laugh-like scream, which is used to alert other hyenas about the presence of food. A hyena’s call can be heard by other hyenas that are even three miles away! Reputed to be cowardly and timid, the hyena can be bold and dangerous, attacking animals and humans.

Hyenas stand 28 to 35 inches high at the shoulder, and weigh between 90 to 190 lbs. Hyenas are skillful hunters, but also feast off the leftovers of other animals. They hunt animals of various types and sizes, and eat carrion, bones, vegetable matter and other animals’ droppings. The powerful jaws and digestive tract of the hyena allow it to process and obtain nutrients from skin and bones.

Hyenas have always been in conflict with humans. African legends and folklore link the hyena with witchcraft and the supernatural. Hyenas are hunted and killed because they often attack farm animals. Hyenas play a vital role in the balance of Nature. They keep the numbers of herd animals down, and prevent overgrazing. Or to put simply, Hyenas are good for the Earth.