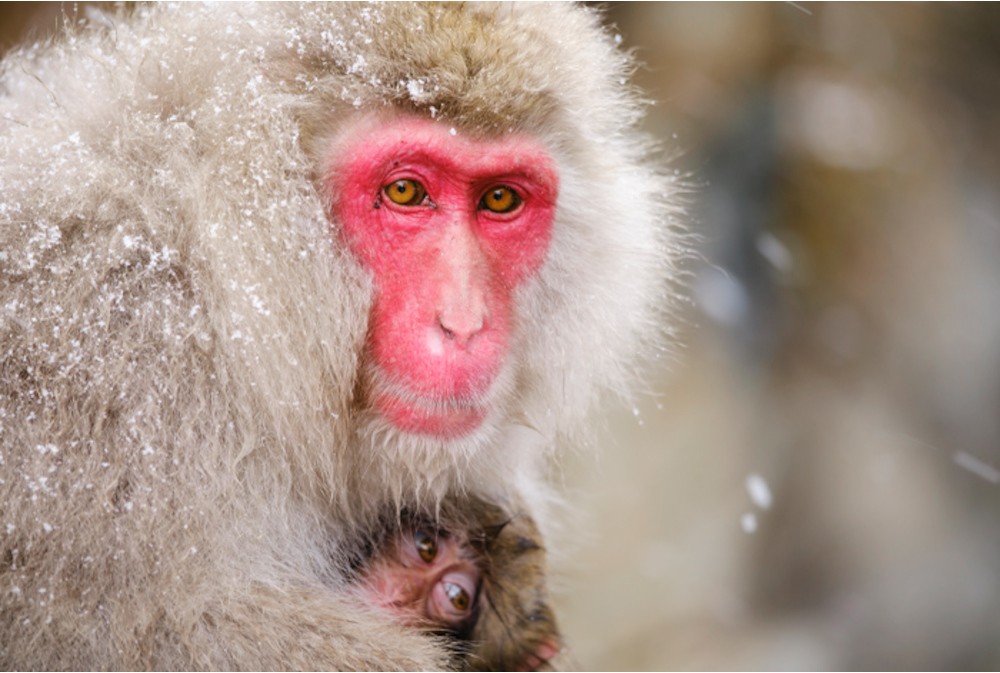 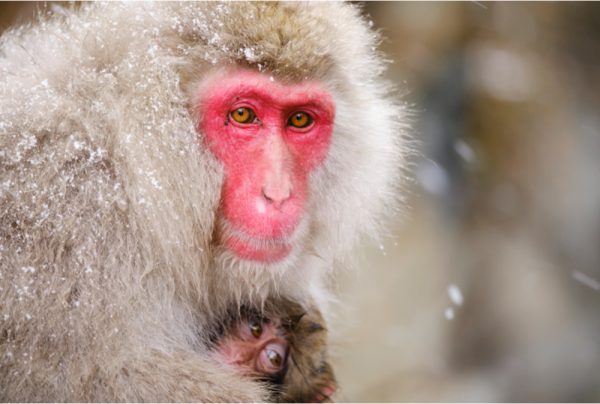 There is a small group of Japanese Macaques in Laredo, Texas!

There is a small group of Japanese Macaques in Laredo, Texas!

The Japanese Macaque, also known as the Snow Monkey, is an Old-World monkey species that is native to Japan. With their brown grey fur, short tails and red faces the Japanese Macaque will surely make you look twice. These crazy monkeys get their nickname because they are known to live farther north than any other non-human primate species in the world in places where snow covers the ground for multiple months during the year.

Japanese Macaques are not only resilient, they are also extremely intelligent. Scientists that study these monkeys have noticed that the Japanese Macaque is known to invent new behaviors and pass them down to the next generation. In 1963 scientists threw soy beans into a hot spring in Japan. A female monkey named Mukubili went into the hot spring to grab the soybeans, so she could have a yummy snack! She loved the warmth and soon other young monkeys joined her. Over the years, the act of going into the hot springs has become common place for the Japanese Macaque and now is the norm! Also, it has been noted that young Japanese Macaques have learned how to roll snowballs to play with, they really know how to monkey around!

These monkeys are known to live in large groups that even have their own complicated levels of leadership. Because they are such social creatures they are known to play with each other and even bathe each other to help stay clean. Japanese Macaque troops are known to have special lingo that varies from group to group.

Japanese Macaques are very dependent on their moms at birth and will stay with their mothers for two whole years while they grow big and strong. During this time the baby monkeys will learn how to climb, what to eat and where to sleep.

Japanese Macaques currently are not at risk of being extinct. However, they are peaceful creatures that should be treated with kindness and their habitats should not be disturbed.