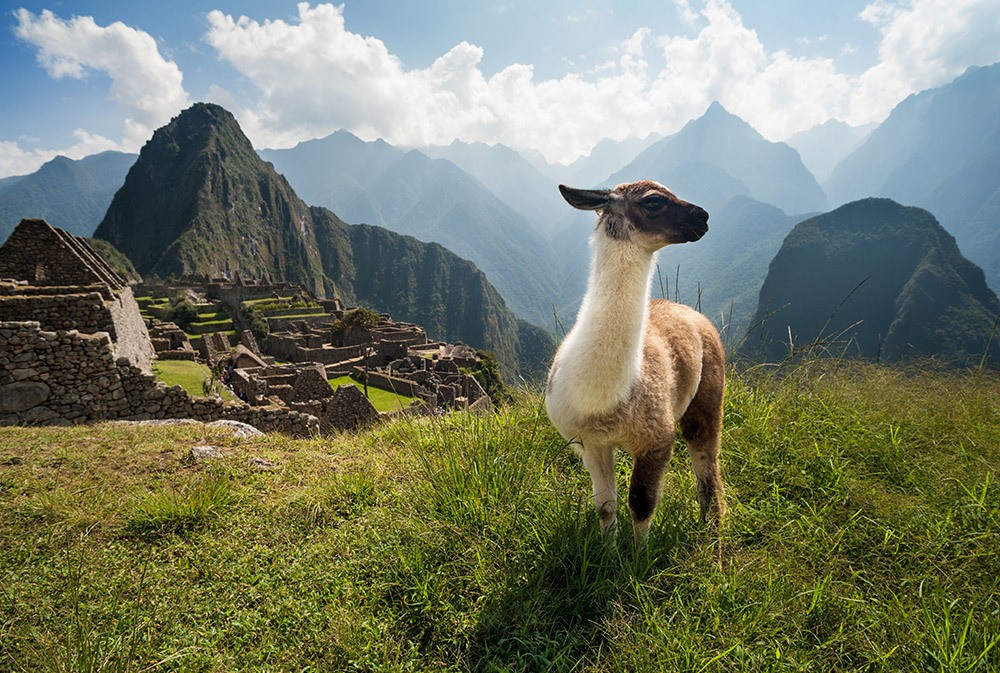 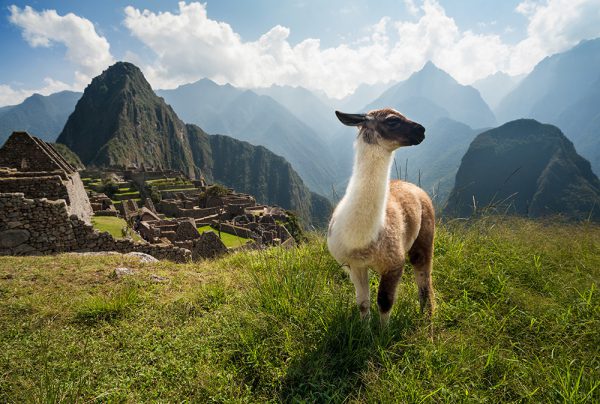 More than 100,000 llamas live in the United States, all domestically.

Llamas usually are white, but can be black and varying shades of brown.

A baby llama is called a cria.

When a conflict arises between llamas, one may respond by sticking out its tongue and spitting on the other!

More than 100,000 llamas live in the United States, all domestically.

Llamas usually are white, but can be black and varying shades of brown.

A baby llama is called a cria.

When a conflict arises between llamas, one may respond by sticking out its tongue and spitting on the other!

A hearty – and hairy – mule for the mountains

Think camels, without the hump.

Llamas have prospered among native Indian tribes in the remote, desolate Andes Mountains in South America because they require little water and survive well in arid climates. Their strong backs also serve the people of the region, as residents use llamas to move goods and supplies over rough terrain unsuitable for vehicles.

And move things, they can: The average adult llama, weighing about 250 pounds, can carry up to 100 pounds for 15 to 20 miles a day, even in the mountains with little food or water.

Camels fill a similar role in the deserts of Africa, which makes sense ­­­– camels and llamas are distant cousins, having originated as the same species in North America millions of years ago. Their ancestors migrated and evolved into what we know today.

Llamas have other uses besides moving goods. Their wool is harvested and is known to be strong yet soft. Their hides can be tanned into leather. Natives also eat their meat.

Llamas sometimes are confused for alpacas, which also are a distant cousin. Llamas can be distinguished by their longer ears, longer faces and disposition (alpacas are very much herd animals and are very skittish; llamas are more independent). Llamas also generally are twice as big as alpacas.

A few other facts about the llamas: