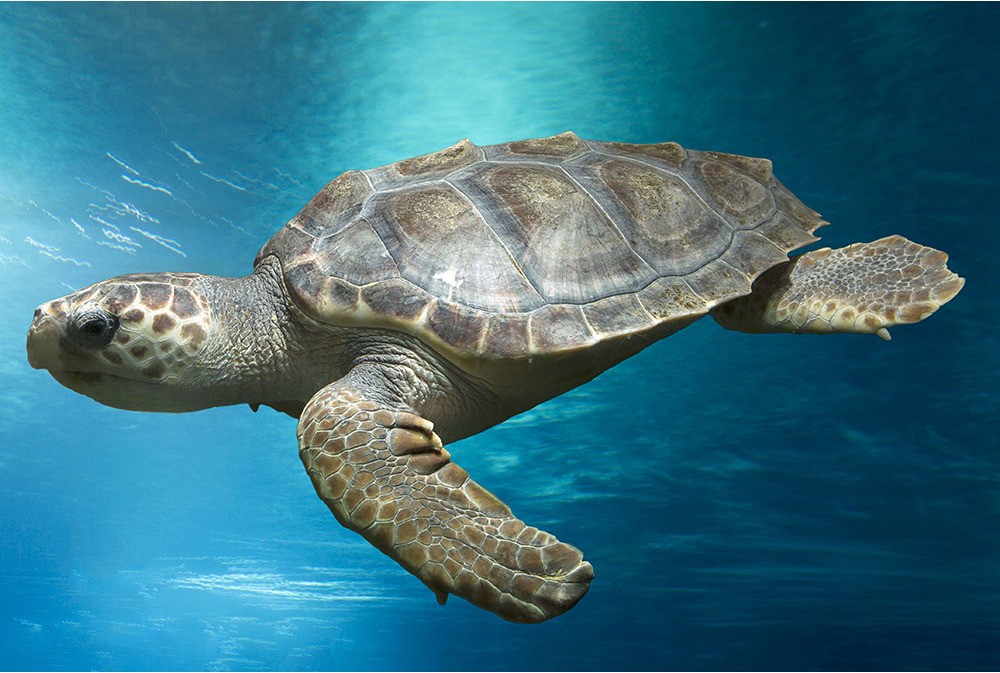 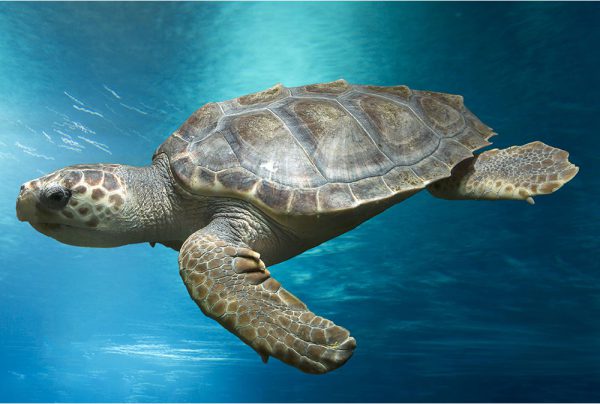 There are around 50,000 nesting females left in the world!

Loggerheads lay over 100 eggs in each nest!

The temperature of the eggs during incubation determines if the turtle is a boy or girl!

There are around 50,000 nesting females left in the world!

Loggerheads lay over 100 eggs in each nest!

The temperature of the eggs during incubation determines if the turtle is a boy or girl!

The World’s Largest Hard-Shelled Sea Turtle
These giant sea turtles are known for their large heads that look a little bit like a log. They have large shells and are known as the largest hard-shelled sea turtles in with world! Loggerhead sea turtles average about 36 inches long and weigh 253 pounds on average with some recorded at over 1,000 pounds. Loggerheads are also known to live very long lives, some even living to be older than 50! The next time you see one of these turtles in the zoo or in nature just think that it might be old enough to be your grandpa!

Loggerhead turtles large heads house a very strong jaw that they use to crush small creatures like mollusks, crabs, jellyfish and even sea urchins. Loggerheads are also known to like their salads too, occasionally chomping on seaweed, yummy!

Loggerhead sea turtles travel very far distances every 2 or 3 years (up to 7,500 miles) to nest or to find new homes, because of this Loggerheads need hard shells to protect them from the elements and from predators that they may encounter during their journey.

Loggerheads are true homebodies; a female Loggerhead will often travel back to where she was hatched to lay her eggs. She will travel onto the shore and use her flippers to dig a hole to lay her eggs so that the babies are safe when they hatch. Pretty smart, huh?

Even though Loggerhead turtles are very smart creatures they are listed as vulnerable by the IUCN Redlist which means that they are very close to being endangered. The biggest danger to these turtles are humans, Loggerheads are vulnerable to being captured accidentally by fishing equipment such as nets or hooks. These magnificent turtles are also being killed by the constant pollution of our oceans. Keeping our oceans clean is important to the safety of not only Loggerhead sea turtles but all ocean life.

Loggerheads nest at intervals of 2-4 years and lay up to 6 nests a season
Young Loggerhead turtles will stay closer to the water’s surface to stay warm
Loggerheads are very fast, traveling at speeds up to 15 mph