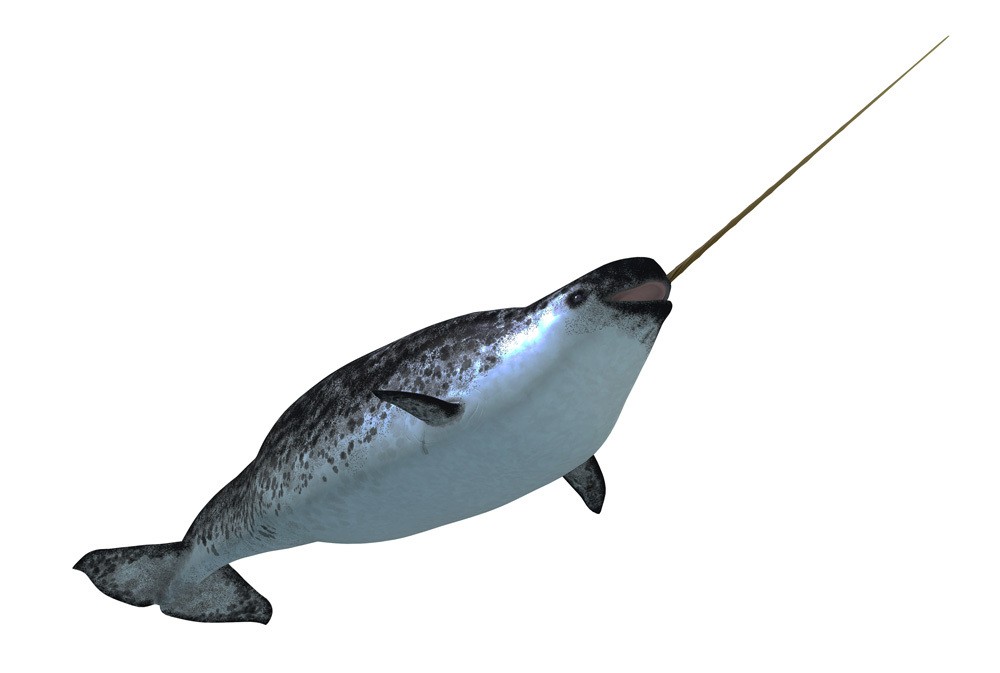 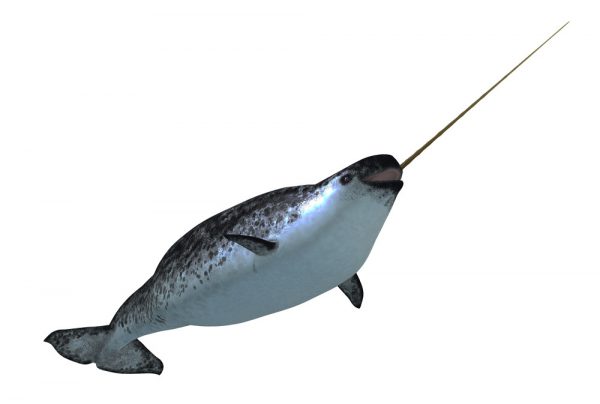 Narwhals are related to orcas, bottlenose dolphins, and belugas.

The narwhal is known for its long tusk, which can grow to be nearly 10 feet long. It turns out that “tusk” is actually a tooth!

Narwhals are related to orcas, bottlenose dolphins, and belugas.

The narwhal is known for its long tusk, which can grow to be nearly 10 feet long. It turns out that “tusk” is actually a tooth!

The Scoop: The unicorn of the sea

Yes, narwhals are real! Narwhals are whales that live in the Arctic ocean. They are best known for the large “horn” that protrudes from the front of their snout. But this unicorn-like feature is actually a tusk or tooth! Some narwhals have up to two tusks, while others have none (usually females). And, just like your teeth can sense hot or cold, these tusks have sensory capabilities with 10 million nerve endings inside.

Narwhals can grow up to 20 feet long and weigh 1.5 tons. They also change color throughout their lives: babies are blue-gray, juveniles are blue-black, adults are a mottled gray and old narwhals are almost white.

These quiet animals (they are notoriously hard to study and are very shy), live in groups called pods. Pods contain anywhere from 10-20 narwhals, and they communicate with squeals, clicks and trills. Narwhals are migratory, so they’ll change locations throughout the year with the pod, moving closer to the shore in summer and out to sea in the winter.

Narwhals have just one baby (called a calf) every three years. They will stay with their mother and nurse for over a year before they grow more independent and learn to hunt on their own with the pod.