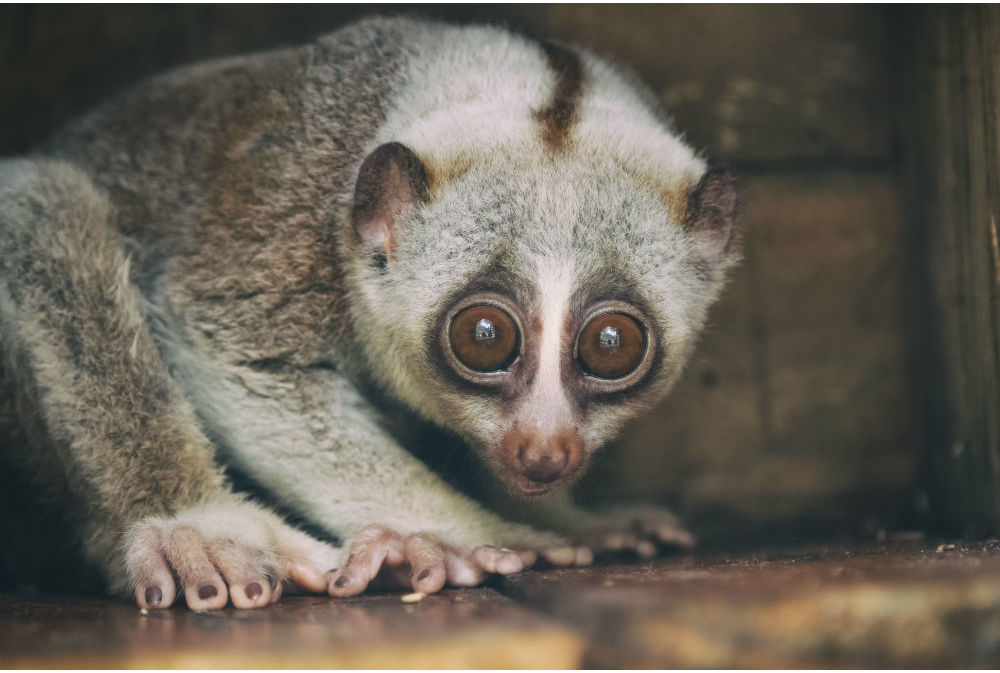 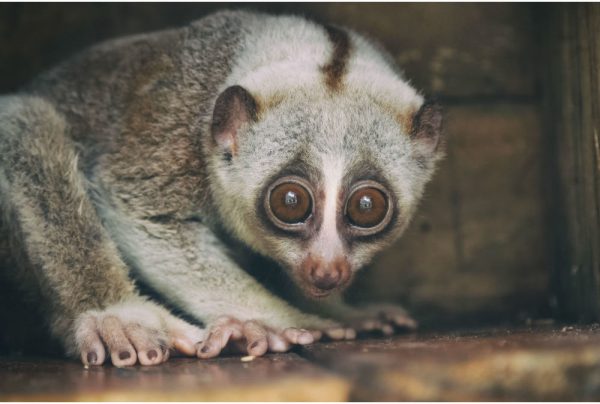 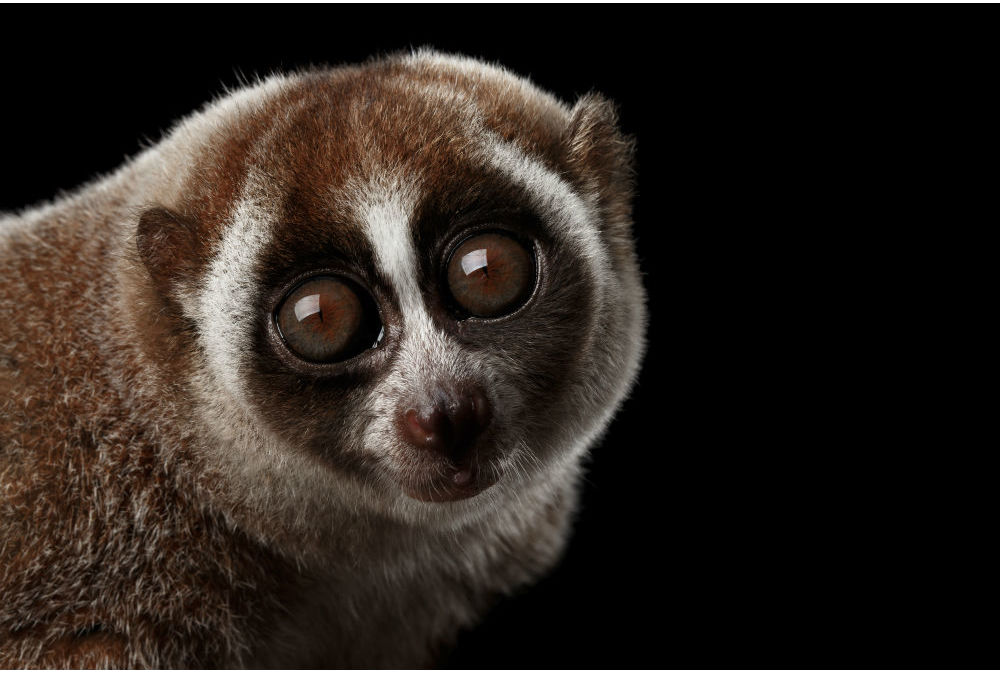 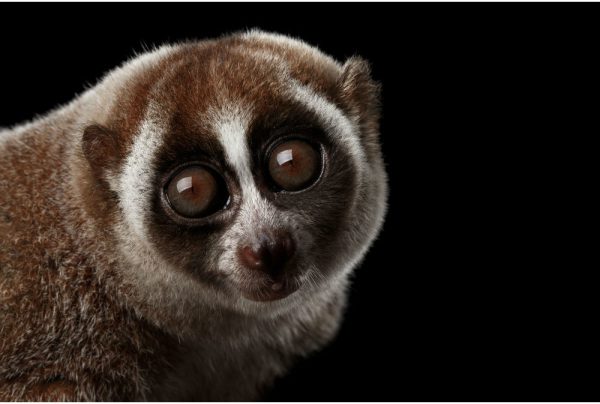 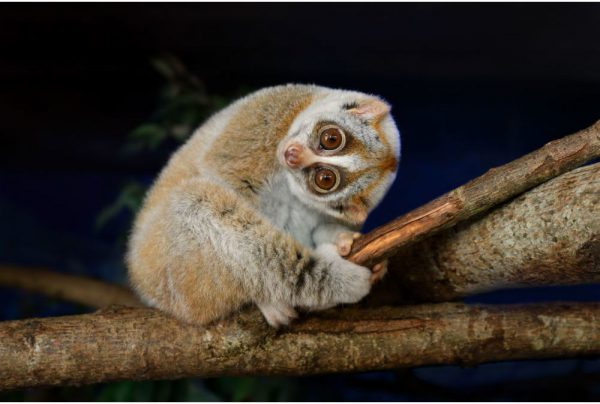 The slow loris sleeps rolled up into a ball with its head between its legs.

The slow loris sleeps rolled up into a ball with its head between its legs.

Slow, but fast when necessary

Their default speed is deliberate – hence the name – but the slow loris can speed it up when necessary.

This nocturnal animal lives in tropical evergreen forests. Generally, it moves slowly along tree branches or the ground, taking small, deliberate steps in search of food. It will freeze in one place, sometimes for hours hanging motionless under a tree branch with its strong claws, in search of prey.

Once that food is located, watch out. The slow loris is capable of extreme bursts of speed, quickly pouncing on insects, birds or small mammals to eat. It also eats plenty of fruit – no speed required for that.

The slow loris is a solitary figure, living and hunting alone – usually high in the trees in tropical rain forests of southern Asia and western Indonesia. They signal their territory to others by “marking” trees with their scent. They rarely are found in pairs in the wild, and usually only when a female is courting a male.

The animal may appear cute and cuddly with its round eyes and thick fur, but it also has a venomous bite. They accomplish this by licking a gland under their arms, and the secretion combined with their saliva creates a poisonous venom.

Don’t believe the “cute” loris pictures you might find on YouTube. The animals are behaving that way because they are stressed or frightened.
Sleeping occurs in nests, usually inside hollowed-out trees.
Babies are believed to emit a high-pitched squeal when threatened.
Other facts:

The slow loris sleeps rolled up into a ball with its head between its legs.
Baby slow lorises often are left alone in nests while the mother looks for food.
Slow lorises often eat upside down, using their strong legs to hang from branches while using both arms to eat.
Resource pages