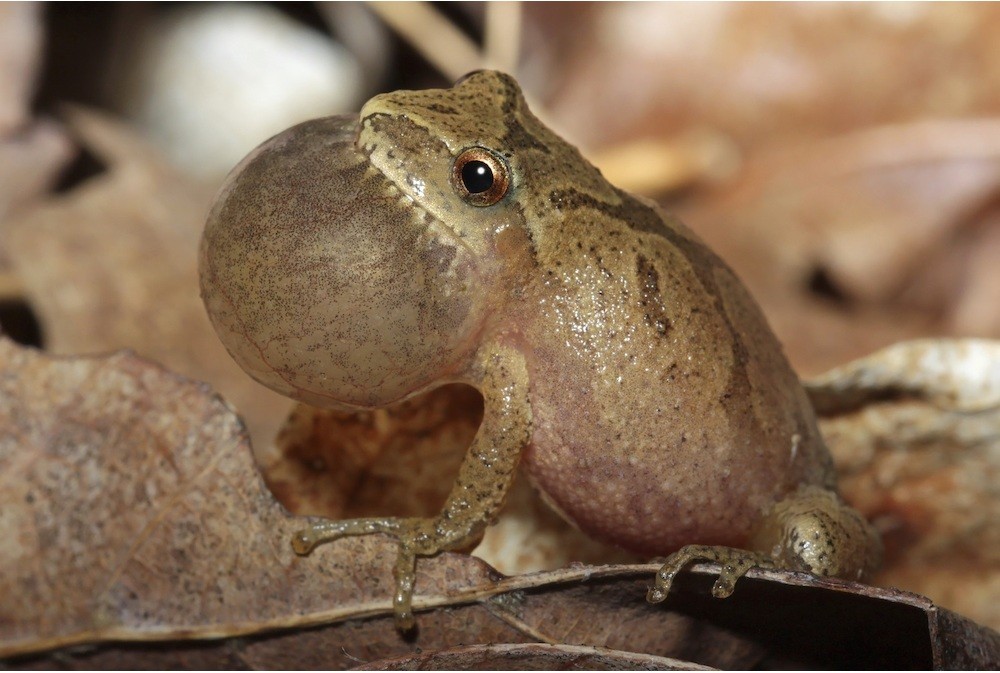 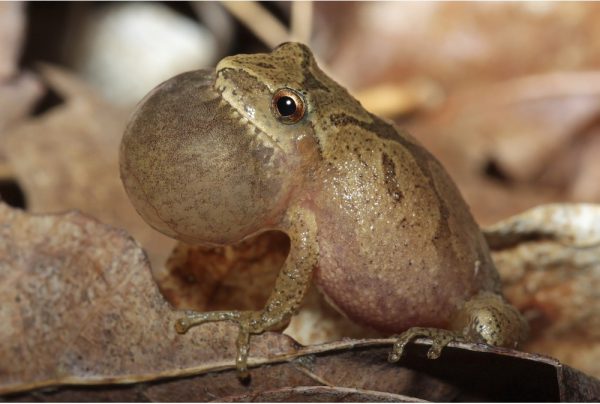 Spring peepers are very tolerant of cold conditions and they are often one of the first frog species to appear in the spring.

Spring peepers allow their bodies to freeze during winter hibernation and still survive.

Spring peepers are very tolerant of cold conditions and they are often one of the first frog species to appear in the spring.

Spring peepers allow their bodies to freeze during winter hibernation and still survive.

The spring peeper is found in marshy woods and lowlands, near ponds and swamps. Although it is a good climber, the spring peeper seems to prefer to be on the ground or hiding in leaf litter. It hibernates under logs and in tree holes. This frog is usually brown, gray, or olive and occasionally may be yellow or reddish. Its belly is cream or white, and it is marked by a dark cross on its back and dark bands on its legs. Spring peepers are known for their high piping whistle consisting of a single clear note repeated at intervals. During the daytime, their call can be heard when it is raining lightly or in cloudy weather. Spring peepers start their familiar chorus right around the beginning of spring, as though they are welcoming it. Males also often have a flap beneath their throats where their vocal pouches are. This flap can become much darker than normal during breeding season when they are calling the most.

Spring peepers are tiny animals – just about an inch long or just about a little longer than a paper clip! They are shy and rarely seen. These little frogs eat mainly small insects including ants, beetles, flies and spiders. They will eat almost any animal small enough to fit in their mouth. As tadpoles, however, spring peepers graze on algae or decaying plant material in ponds and pools. Many animals will eat spring peeper tadpoles and adults. However, the spring peeper is often able to escape because its coloring makes it difficult to be seen. Also, when many Peepers are peeping all at once, it is hard for a predator to find any one Peeper!