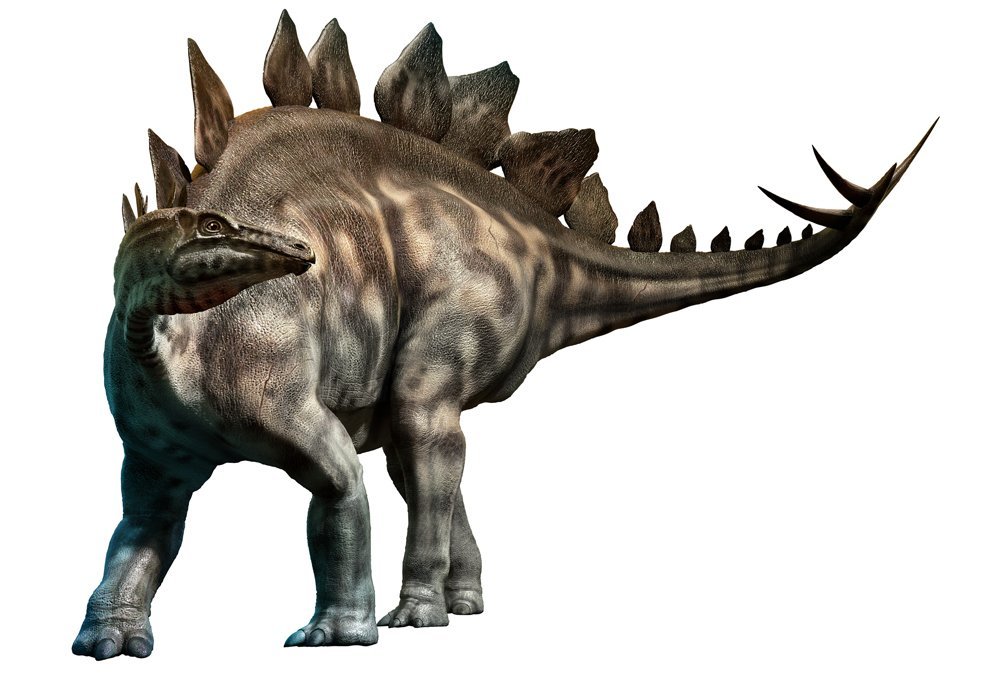 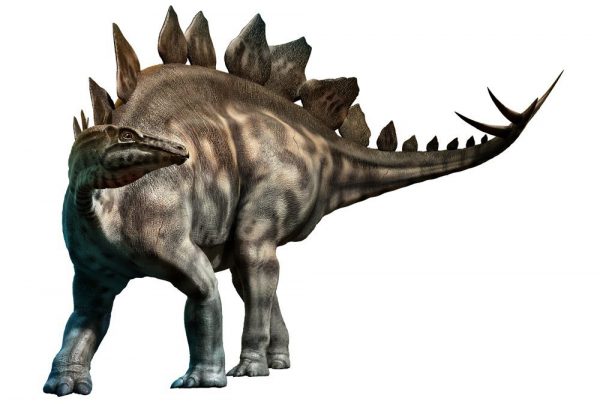 Some scientists think stegosaurus back plates might have been used to regulate temperature.

Stegosaurus was one of three dinosaurs that inspired the look of Godzilla.

The stegosaurus had a very small brain; only about an inch long!

Some scientists think stegosaurus back plates might have been used to regulate temperature.

Stegosaurus was one of three dinosaurs that inspired the look of Godzilla.

The stegosaurus had a very small brain; only about an inch long!

A dinosaur that’s easy to identify

There are few dinosaurs as easily recognizable as stegosaurus. With its small head, plated back and long, spiked tail, stegosaurus cuts a distinctive silhouette. But before we knew about stegosaurus’ tell-tale plates and tail, it took many years for this dinosaur’s bones to be gathered, and even longer to have a full rendering of what it might have looked like.

Stegosaurus bones were first discovered during the “Bone Wars” or the great dinosaur excavating rush of the late 1800’s and early 1900’s. The first skeletons were incomplete, and often bones had to be gathered and pieced together slowly. In fact, some of the complete skeletons on display in museums today come from several different stegosauruses.

No matter how stegosaurus was discovered, it was soon theorized that they were a quiet, leaf-eating animal. Their heads were small and low to the ground, making it easy to graze on grasses and plants. To aid in digestion, they would often swallow rocks to help break up the plant matter.

Though their plates and spiked tail looked fearsome, these gentle animals typically only used them in defense. Some scientists think that their plates also served as a type of display for other stegosaurus, much like a peacock’s feathers.

If you lived during the Jurassic period, you would have had little to fear from these simple creatures. They could be up to 30 feet long, 14 feet high and weigh over 5 metric tons, but these dinosaurs also had one of the smallest brains. So it can safely be assumed that these big old softies mostly just wanted to eat grass and wander throughout their feeding grounds without harming anything else.

Quick Facts:
Stegosaurus was alive during the Jurassic period around 150 million years ago.
They had short front legs. Scientists believe top speeds would have been around 7 mph.
Stegosaurus is the state dinosaur of Colorado.
Other Facts:
Stegosaurus plates grew out of their skin and were not an extension of their spine. They could be up to two feet tall and two feet wide.
Stegosaurus fossils have been found in both North America and Portugal.
Stegosaurus is the most famous dinosaur of a group of dinosaurs name Stegosauria.
Resources:
https://en.wikipedia.org/wiki/Stegosaurus
https://en.wikipedia.org/wiki/Bone_Wars
https://www.newdinosaurs.com/stegosaurus/
http://www.sciencekids.co.nz/sciencefacts/dinosaurs/stegosaurus.html
http://kids.nationalgeographic.com/animals/stegosaurus/#stegosaurus-side.jpg