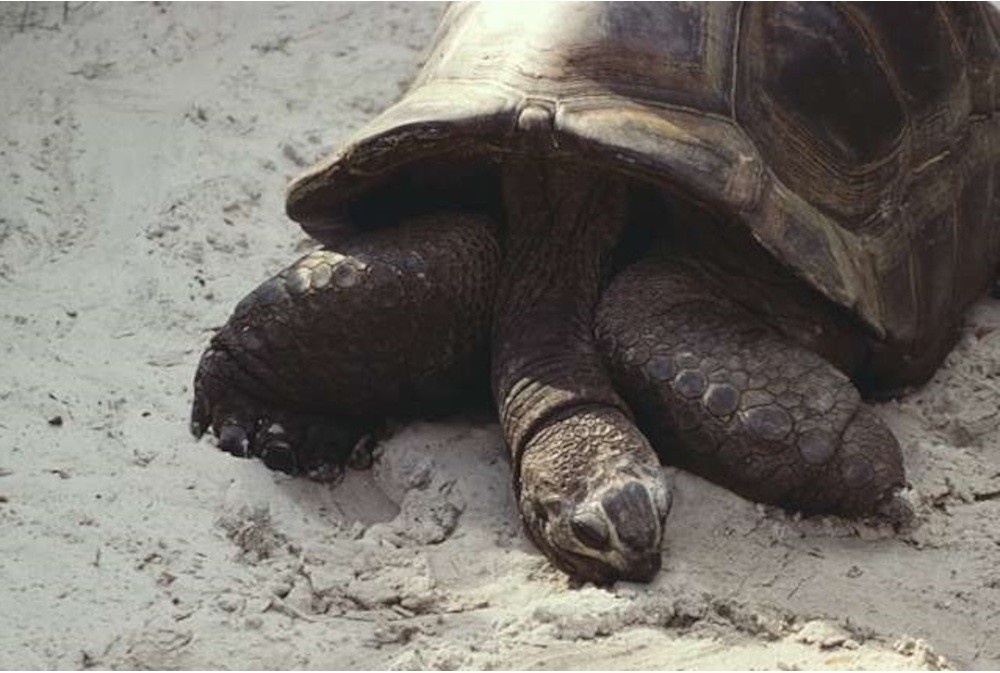 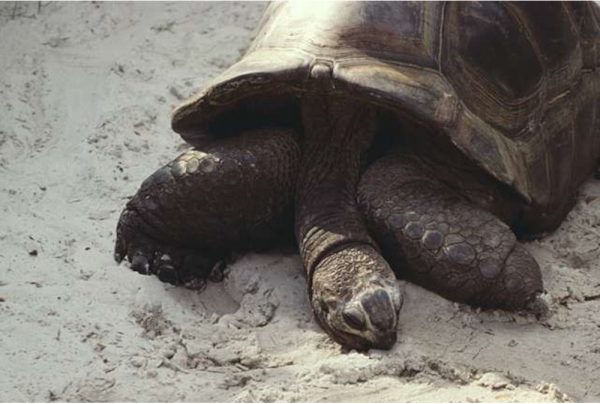 Location: On every continent except Antarctica

A tortoise is diurnal, meaning it is  active during the day

The top part of the tortoise shell is the carapace, the underside is the plastron, and the two are connected by the bridge.

A tortoise is diurnal, meaning it is  active during the day

The top part of the tortoise shell is the carapace, the underside is the plastron, and the two are connected by the bridge.

Slow and Steady for Millions of Years

Tortoises are land dwelling reptiles. However, there are many varieties of tortoise species, and some of them do live in fresh water. They can be found in many different types of environments from deserts and semi-arid areas to lakes, lagoons, swamps and tropical forests. The tortoise has a hard outer shell, called the carpace, to protect it from its enemies. However, the skin on its legs, head and belly is quite soft so the tortoise is able to pull back its limbs into its shell to protect itself. The carpace comes in many different colors and patterns, depending on the species. Tortoise legs are short and stumpy, and their feet have claws for digging and moving around on the ground. Tortoises are cold blooded animals, which mean that they draw heat from their surroundings. They usually bask in the sun to warm their bodies. They move very slowly it is true, but they have won the race for survival, because they have outlived many stronger, faster moving, bigger species of animals.

The size of a tortoise varies according to its species. Some are only in inch long while some may be as big as a 14 year old boy and may weigh as much as three grownups together! In the wild, most tortoises browse for food – moving around a large area, eating small amounts of food as they go. Some tortoises are herbivores, and eat only plants. Others are omnivores, meaning they will eat anything available including plants, fruit, live prey and even the meat of dead animals.

Tortoises and turtles have survived for millions of years – yet today, many species of tortoises are endangered and facing extinction. It is time that we joined hands to save this ancient creature that roamed the earth even before the dinosaurs. You can help by joining one of the tortoise conservation programs in your locality.