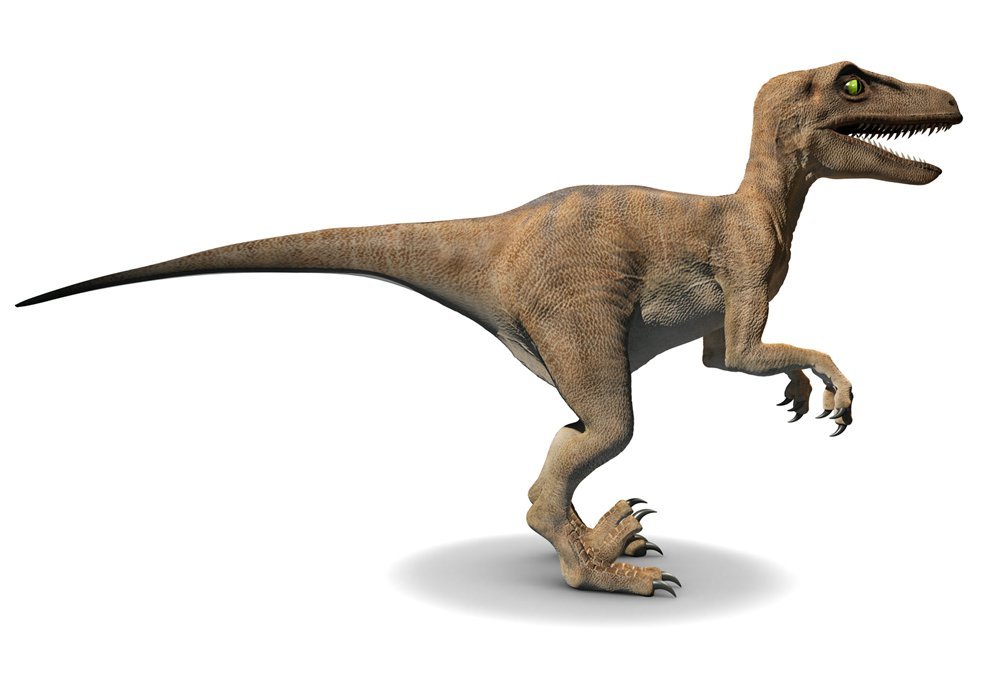 It is one of the most bird-like dinosaurs ever discovered.

They may have used their feathers to attract a mate.

It is one of the most bird-like dinosaurs ever discovered.

They may have used their feathers to attract a mate.

The velociraptor was a carnivorous (meat-eating) dinosaur that lived during the Cretaceous Period about 75 million years ago. It was first discovered in 1923 in the Gobi Desert.

Unlike it is portrayed in the movies, velociraptor was the size of a turkey, had feathers and only weighed about 30 pounds. While they were quite different than the man-sized and lizard-like creatures on the big screen, they were still quite fast. Scientists estimate they could run at speeds of up to 40 miles an hour.

It was also more likely to be a scavenger rather than the ruthless hunter Hollywood depicts. Its diet included small reptiles, insects and smaller dinosaurs. There’s also no evidence that velociraptor hunted in packs. These dinosaurs were likely mostly solitary creatures and worked alone to feed themselves.

Velociraptor may have been warm blooded, like mammals or birds are. Since they had feathers, like birds, they would have used these to keep themselves and their nests of eggs warm. And, unlike reptiles, they actively hunted and pursued prey, which suggests they generated their own warmth. All in all, a very different picture of the velociraptor than painted in the movies!